Religion has played a significant role in shaping the culture and societal norms of the Caribbean. Without religion, Caribbean culture, as we know it, would not be the same. Indeed, the Caribbean is probably one of the most religious regions in the world. So whatever your religious inclination, you can feel at home in the Caribbean.

The Caribbean is Deeply Religious

Whether Christianity, Hinduism, Islam or non-traditional faiths like Voodoo and Santeria, the Caribbean is deeply religious. Visit any home or businesses, and you’re bound to find a religious symbol prominently placed – a cross, a picture of Jesus, Mother Lakshmi, Lord Vishnu, or a statuette of the Virgin Mary. Walk the streets of any Caribbean island and you’d find dozens of churches, temples or mosques littered across its landscape.

Consider that many developed countries such as USA, UK, Canada, Australia have an average of 3 religious public holidays per year (typically Christmas and Easter) whilst countries in the Caribbean, such as Trinidad and Tobago and Guyana, have as many as 7 religious holidays annually (Christmas, Easter, Divali, Eid ul Fitr, and others). Even Cambodia, which has the most public holidays in the world (28 days) only has 2 religious holidays (Vesak and Pchum Ben Day).

Consider also, that ALL major (and even some minor) religions are present in the Caribbean – from Christianity (specifically Catholicism, Anglicans, Methodist, Presbyterian, Pentecostal and other Protestants), to Hinduism, Islam, Buddhism, and Judaism.

The Caribbean has even invented a number of its own religions – Voodoo, Obeah, Shango/Shouter Baptist, Orisha Baptist, Winti, Santeria, and of course, Rastafari.

So whatever your religious inclination, you can feel at home in the Caribbean

The Caribbean is Diverse, Tolerant and Inclusive

The multi-religious nature of the Caribbean points to a very inclusive society “where every creed and race finds an equal place”, according the National Anthem of Trinidad and Tobago. And the numbers don’t lie. The Pew Research Religious Diversity Index [1], ranked Suriname as the 4th most religiously diverse country in the world. Cuba was ranked 15th and Trinidad and Tobago and Guyana were ranked 27th and 33rd respectively, ahead of nearly all European, North American, Latin American, and Middle Eastern countries.

So inclusive, tolerant and diverse is the Caribbean, that it is very common to see Christians celebrating Divali in Trinidad and Guyana; or Muslims celebrating Christmas.  Education has played a major role in this diversity as, from school children at 5 years of age, schools were open to everyone of all religious persuasions.

The religious diversity of the Caribbean is very telling. The religious make up of Guyana, Trinidad & Tobago and Suriname are very diverse and also quite similar. Diversity is also seen in Cuba that has the highest level of indigenous folk religions, particularly Santeria.

Religious Diversity in Trinidad and Tobago

Religion Connects us with Our Past

When people immigrate, or in the case of the Africans, forced to move to unfamiliar locations, religion becomes less of a familial tradition or custom, and more of a way to connect with the past. As such, religion plays an important role is supporting and strengthening cultural identity in the Caribbean, especially among African and Indian and other ethnic immigrant communities. 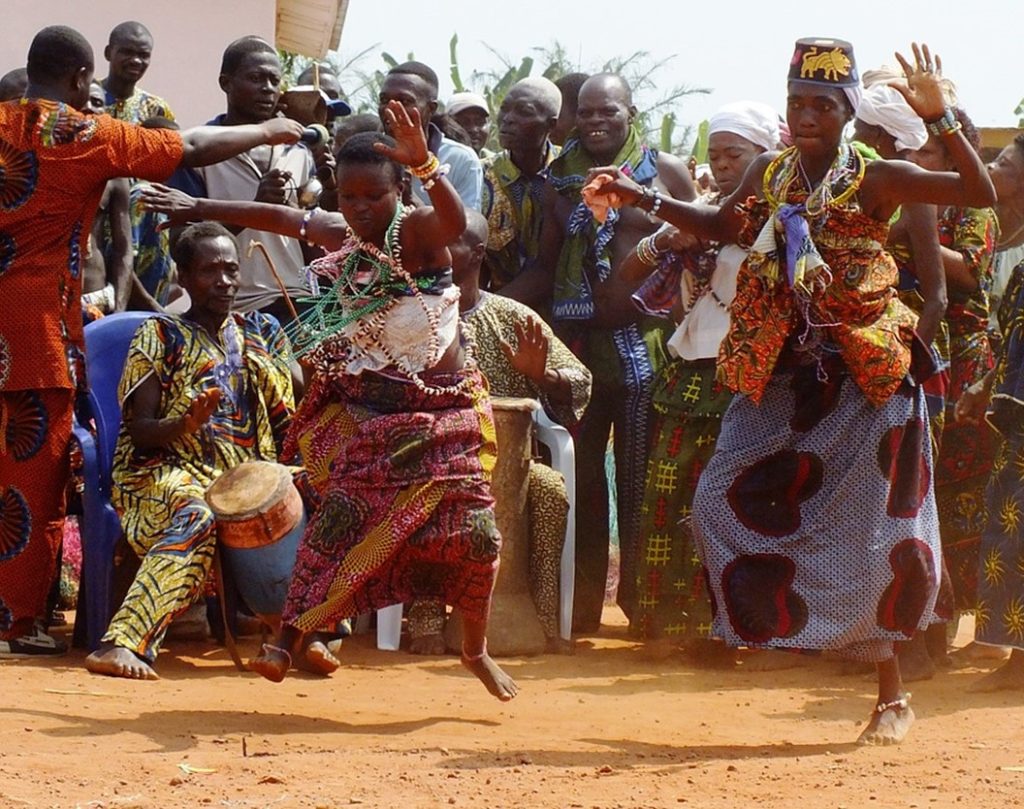 European settlers certainly kept true to Christianity, so much so that they often forced it upon the locals, even under pain of death. In Lamanai in Belize, for example, you can actually see a Christian church not only built next to an indigenous church, but even the bricks of the destroyed indigenous church were used to ‘build’ the catholic church. American religions such as Jehovah’s Witness and Seventh Day Adventists have also found their way to the Caribbean. And in one of the most dastardly acts, one preacher encouraged his 900-strong flock to leave California, follow him to Guyana and drink a deadly Kool Aid mixture.

Religious Influences in the Caribbean

The religious influences of Africa, India, European colonisers (Britain, Spain, France, Netherlands) and America are still alive and well in the Caribbean today.

Caribbean Religions and their land/region of origin

A Fusion of Faiths

An interesting fact about religion in the Caribbean is the existence of fusion or hybrid faiths that cannot be found anywhere else in the world. Throughout the course of Caribbean history, many Afro-Caribbean people have constructed new religious traditions. These fusions attempt to find balance as well to maintain a sense of identity. As such, the more traditional and conservative Christian theology is often fused (sometimes as a cover) with their ancestral African practices. This religious fusion helped ease African and Indian assimilation into mainstream society and gain acceptance from European colonisers. Prime examples include the Spiritual ‘Shouter’ Baptists, the Orisha and Santeria faiths that fuse Christianity with African traditions. There is often a blend of African and Christian deities/saints as well. The African element is often infused through music such as the use of drums. Many catholic masses in Trinidad and Tobago today use both drums and steel pans.

Religions and religious practices that deviate too far from Christian beliefs have often been stigmatised. This is why Voodoo and Obeah, based largely on African traditions, are considered ‘evil’. Religions that incorporated Christianity are tolerated, whilst those that did not, were branded as witchcraft or satanic cults.

The practice of conjuring supernatural forces and energies is an ancient African practice commonly referred to as ‘Obeye’ (an entity that lives within shamans and ‘spiritual’ doctors). ‘Obeye’ has taken on many names in the Caribbean, such as Obeah (Jamaica), Shango (Trinidad), Santeria (Cuba), Voodoo (Haiti), or Ju-Ju (Bahamas). Although the enslaved African usually practiced Obeah to exact vengeance on their enemies, this faith also provided them strength and hope. It was also prominent in their underground anti-slave resistance.

Slaves used whatever opportunity or means to rebel against their oppression and oppressors. The forms of rebellion and resistance varied. What slaves attempted to achieve was some element of freedom. They attempted to claim some measure of freedom against an institution that saw them as less-than-human.

Christianity was seen as the religion of the oppressive Europeans and any attempt to break-free or express their beliefs in their own way was seen as a form of resistance. Many enslaved Africans continued to practice their ancestral religions (some in secret but occasionally overtly). This lead to many whippings and even death for some but at least they had some comfort in expressing their faith ‘freely’.

Some even used their beliefs and rituals to ‘punish’ their Masters, calling upon spirits and forces to bring sickness, financial ruin, and death to their oppressors.

Positive Benefits of Religion on Education

Education in the Caribbean can easily rival any other region or country in the world. The Caribbean has a top-rated regional university, the University of the West Indies and well-educated people of talent. Religion has played a pivotal role in creating top-class education in the Caribbean. Many of the best schools across the region are denominational schools that were founded by the Roman Catholic, Anglican or Presbytarian missionaries. Even the Hindu and Muslim schools are among the best in the region.

There is, in fact, a positive correlation between religion and education. In many of the Caribbean countries, take Trinidad and Tobago for instance, the top scholarship-producing schools are affiliated with one religion or another –

The Impact of Religion on Family Life

In the Caribbean, religion has played a key role in family life and formation. Religion has served a vital function in creating stability, guiding morals, and assisting with key life decisions within the context of the family. Religion plays an important role in assisting families to cope with difficult situations and crises, such as COVID-19, and economic difficulties. Religion provides a beacon of hope and gives people an outlet to channel their fears and frustrations. As a whole, Caribbean people cherish their religion. 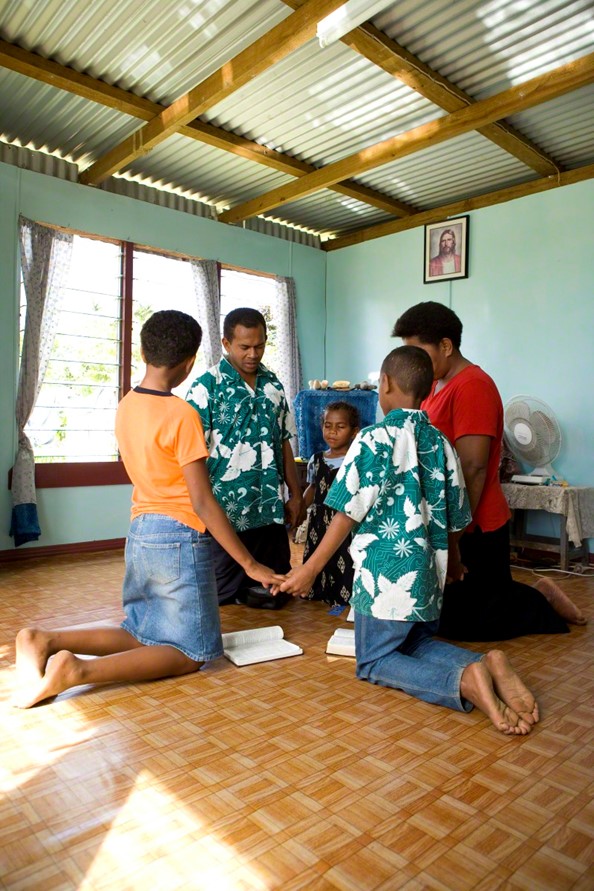 Overall, religion is important to the average Caribbean person. It helps people connect with their past, form bonds with society, and aids in personal growth and development – from education, to the making of positive life choices. Religion plays a key role in the family and in wider society. Caribbean cultures will not be the same without the varied and deep influence of religion.

He is co-author of many of Leve Global’s research publications such as Big Data – Delivering the Big Picture to Drive Competitiveness, Everything You Need to Know About Internet Marketing, and The Top Ten Emerging Markets.

A special ‘thank you’ to Fr. Peter Hill for reviewing and commenting on the earlier draft. Fr. Peter Hill is a Redemptorist priest from the island of Dominica, stationed in St. Antonio, Texas, USA. 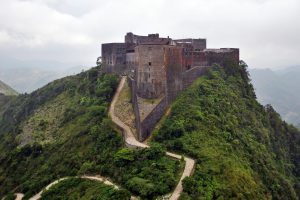 Discover the Untold Story of Haiti 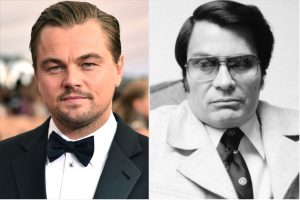 For Facts Sake: How One Man Massacred 900 Americans in Guyana 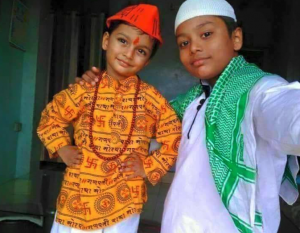 Caribbean Inclusivity – a Real Model the World Could Emulate