Bob Marley – A Music Legend that Changed the World Forever 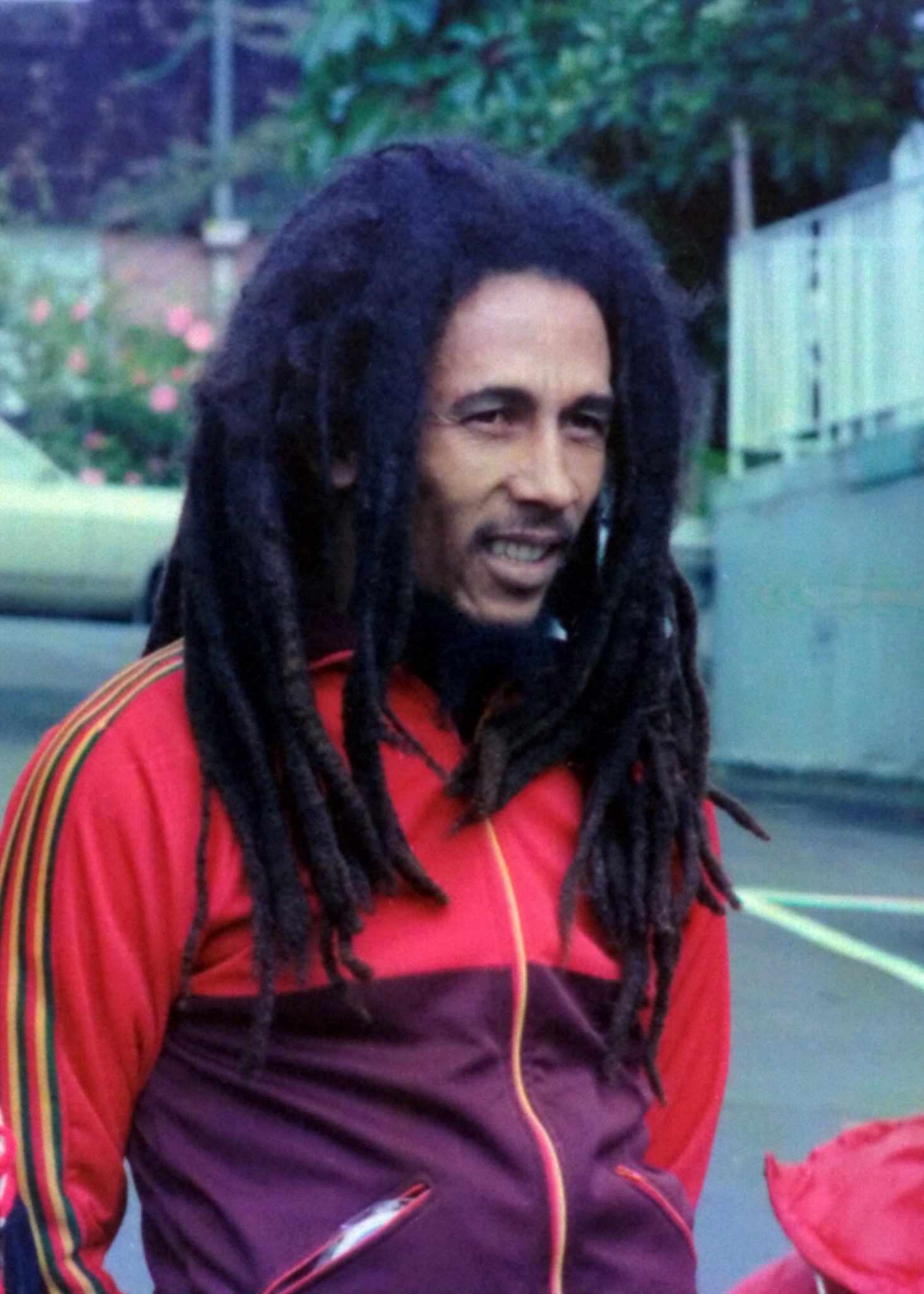 A proud son of the Caribbean, Bob Marley is a name that is recognised in every corner of the world. He was a Jamaican icon and music legend that transformed the world with his conscious messages, portrayed through reggae. The world of reggae, and the world of music, will never be the same.

Bob Marley only had a small window of time to impact the world.  But boy did he leave his mark!

The Rise of a Legend 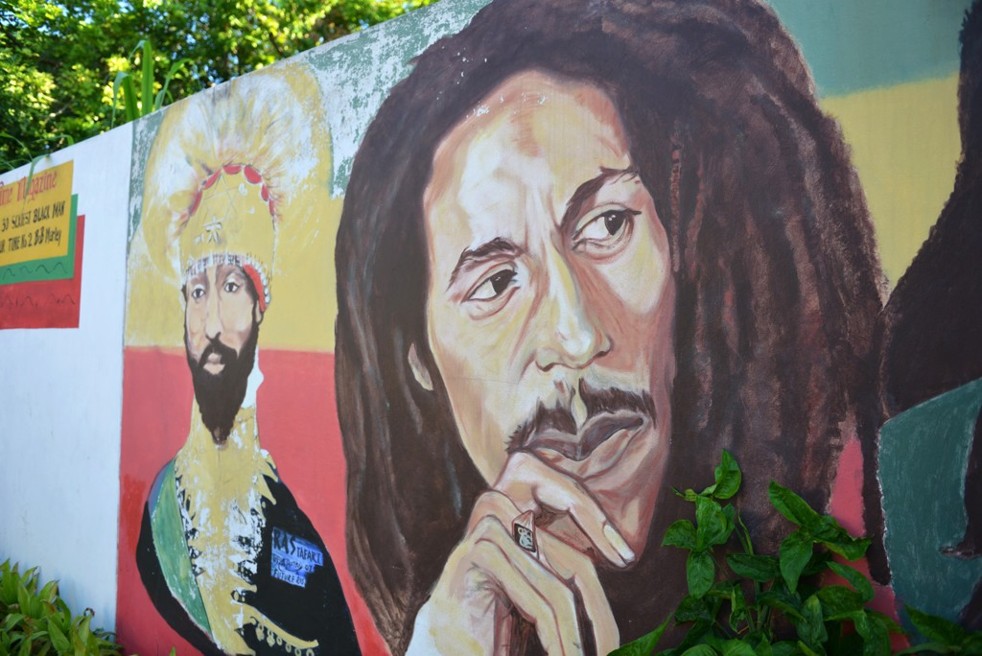 Robert Nesta Marley was born on the 6th of February 1945 in Nine Mile, Saint Ann Parish, Jamaica. Born to a white Jamaican father, Norval Sinclair Marley and an Afro-Jamaican mother, Cedella Malcolm with Ghanaian roots, Marley’s father died when he was ten years old. His mother then moved them from Nile Mile to Trench Town.

Over in Nine Mile, Marley’s childhood friend was Neville Livingston, better known as Bunny Wailer. In Trench town, because of a shared sibling, Wailer and Marley then lived together. Already they had started to play music together, but now that they were in the same house, they were able to further pursue and develop their music.

At the age of seventeen, Marley recorded his first set of songs, and ‘Judge Not’ is credited as his first ever song recorded. Marley and Wailer were soon in a musical group with Peter Tosh, Beverly Kelso and Junior Braithwaite. The musical group was called The Teenagers, then the Wailing Wailers, and finally, the Wailers.

He Did Not Do It Alone: Bob Marley and the Wailers

In 1964, the Wailers released their first single, ‘Simmer Down’ and sold an estimated 70,000 copies. They began to record with other popular Jamaican artistes. By 1966, only the trio of Tosh, Wailer and Marley remained. The Wailers continued with their musical journey, experimenting with new sounds, new instruments and new reggae styles. The songs recorded with this new style would be released on the album ‘The Best of The Wailers.’

During the 70s, the Wailers moved back and forth between Jamaica and London. In 1972, the Wailers moved to Island Records, where they recorded their fifth studio album, ‘Catch a Fire’ which garnered a positive reception. The next year, they released ‘Burnin’ which included the hit song ‘I Shot the Sheriff.’  With continued positive reception, the group was scheduled to open seventeen shows for an American band, ‘Sly and the Family Stone.’ But because of the Wailers popularity, they were fired for being more popular than the main act. By 1974, the Wailers disbanded as each of the members all decided to pursue and further their solo careers.

Although the Wailers had disbanded, Marley still recorded and performed under ‘Bob Marley and the Wailers’. He made changes to the band and incorporated back-up vocals, the ‘I Threes’ which included his wife, Rita, Judy Mowatt and Marcia Griffiths. His first international hit after these changes was with the song, ‘Stir It Up.’ Marley’s albums ‘Rastaman Vibration,’ ‘Exodus,’ ‘Kaya,’ ‘Survival’ and his final studio album, ‘Uprising’ were all international successes with numerous hit singles, One Love, Is This Love, Three Little Birds, the Redemption Song and many more.

From the beginning of his musical career, Marley’s music incorporated both powerful and positive messages. With songs like Africa Unite, Redemption Song, Slave Driver and Rat Race, Marley often sang on the issues that black people face and the liberation of black people. Jamaica and the Caribbean’s history of colonization, prompted Marley to be vocal about issues within the Afro-Caribbean community and the need to fight the “Babylon System.’’ Just because slavery was abolished, black people are not to believe that they are free as there are new challenges that they face, this is reflected in both Jamaica and the Caribbean as Afro-Caribbean people are held back due to poverty, crime and other social issues. Marley’s song ‘Get up, Stand Up,’ delivers this message as Marley sings that persons must stand up for their equal human rights. While addressing social issues and issues within the Afro community, Marley also incorporated positive messages.

One of Marley’s most popular songs to date One Love, demonstrates this vision of both powerful and positive message. One Love was written during the time of Jamaica’s 1976 election, remembered as one of the most violent times in the country. The song was written to bring together and unite the Jamaican people and is used today to spread the same message, a universal message of unity amongst people.

Bob Marley Remained True to His Authentic Self

Marley was raised a Roman Catholic, but in the 1960s he became a Rastafarian and grew dreadlocks. Marley’s involvement in the religion, influenced and piqued the interest of many. Sometimes credited as a prophet and a poet, Marley’s Rastafarian identity was no secret, his songs included messages of Rastafari and he publicly spoke of his beliefs of Haile Selassie and Jah. The Rastafari movement is an Afrocentric movement and again this was represented in Marley’s likeness and image. Through it all, Marley remained humble to his beginnings and true to his roots. He grew up in a poor town, Trench town in Jamaica, but that did not stop him from achieving greatness. Trench town is credited as the birthplace of rocksteady and reggae and well renowned home of reggae legend Bob Marley. Bob Marley – black man, descendent from enslaved people, Rastafarian, Jamaican, Caribbean. 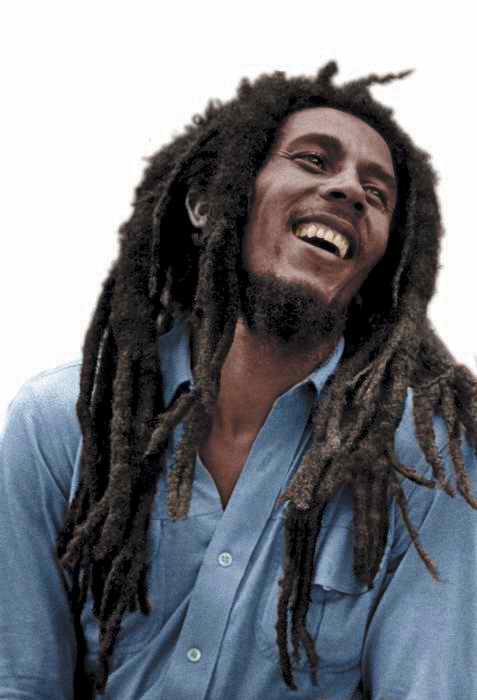 Shot, But Not Shut Down

On the 3rd of December 1976, Marley, his wife and manager were wounded in an assault by unknown gunmen who stormed their house. Despite being shot, Marley still performed at a scheduled concert, two days later. The concert, Smile Jamaica, was said to be the cause of multiple threats towards Marley and the cause of the assault. The concert was put on by then Jamaican Prime Minister Michael Manley and the attempt on Marley’s life was assumed to be politically affiliated.

When asked about the shooting, two memorable things that Marley said come to mind: 1. “The people who are trying to make this world worse aren’t taking a day off, how can I?” and 2. when asked whether it was a black man or white man that shot him, he answered “the system.” Marley performed a 90-minute set for a crowd of 80,000 people at the Smile Jamaica concert.

Herb, ganja, marijuana, cannabis. Bob Marley never shied away from his use of the herb. Renowned for smoking a pound or more of marijuana a week, his concerts were also notoriously known for smelling of the magical herb. Marley believed that the herb was a healing herb and was for the legalisation of it. Marley started smoking marijuana when he converted to the Rastafari religion and believed that it was also a passage for religious growth and getting closer to Jah.

Gone Too Soon – The Death of a Legend

In 1977, Marley was diagnosed with skin cancer. Marley was advised to amputate his toe where the cancer was present but refused stating that it was against his religious beliefs and it would also prevent him from performing. He chose to take another precautionary measure and removed the toenail and nail bed, continuing to perform despite his diagnosis.

Three years later, he released what turned out to be his final studio album, ‘Uprising.’ He performed for sold out tours in Europe and in the US. But two days before his last performance, he was told the cancer spread to his brain, lungs and liver. He performed his last show in Pittsburgh, USA on the 23rd September 1980.

A year later, after an experimental cancer treatment, it was too late for Marley as the cancer spread throughout his entire body. Marley died on the 11th May 1981 at the age of 36. 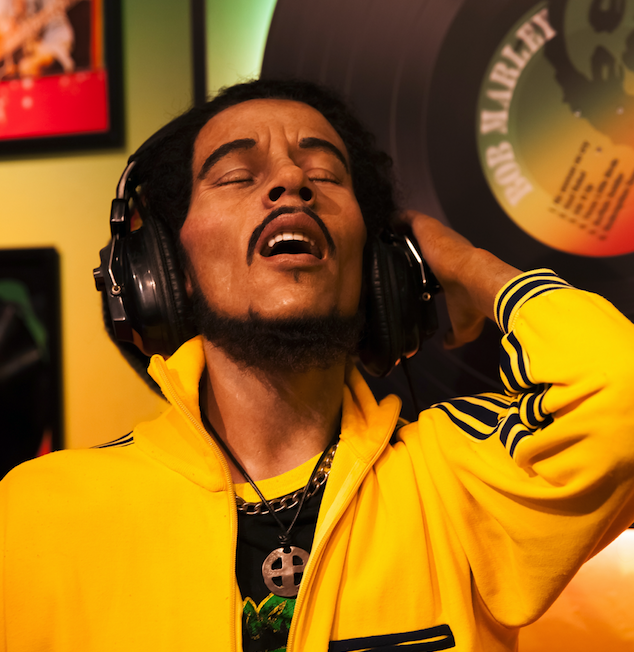 The World Will Never Be the Same without Bob Marley

Robert Nesta Marley made a lasting impression on this world and he did it in less than 20 years. Marley was born for greatness. His musical talent and creativity flowed through his veins. It was this love for music and his creative penchant that gave rise to this legend of worldwide acclaim.

He largely impacted the world of reggae and is an icon within the genre, widely acknowledged as the King of Reggae. Marley popularised reggae, Rastafari and his small island of Jamaica. Jamaica, often synonymous with the works of Bob Marley. Marley is one of, if not the biggest Caribbean talent. He is an internationally recognised reggae artiste with over 165 songs. Many of these songs attributed for their positive messages, and relevant messages to this day. 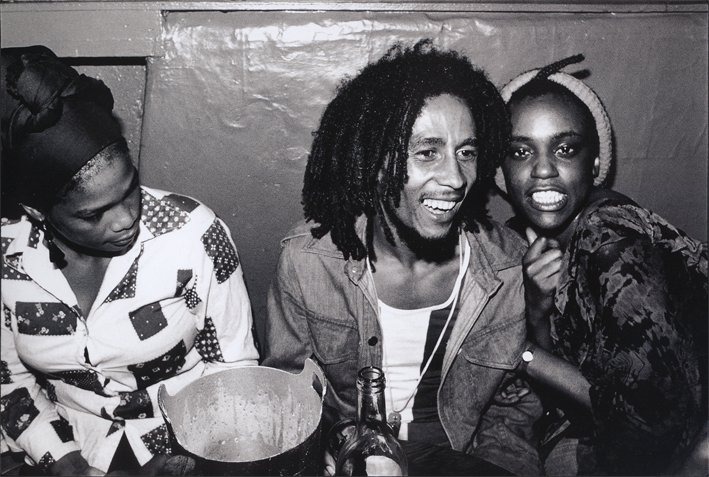 His Legacy Lives On

Bob Marley had 11 children, many who have continued in their father’s footsteps in the world of reggae. David ‘Ziggy’, Stephen, Julian, Ky-mani and Damian Marley are all Grammy nominated artists in the genre of reggae. Ziggy, Stephen and Damian have each won multiple Grammy awards. Many of his grandchildren have also followed in his footsteps, with Jo Mersa and Skip Marley garnering attention due to their voices often likened to their grandfather.

Marley’s other children are also heavily involved in many other ventures like ‘Marley Coffee’ and ‘The Bob Marley Foundation. Marley’s son, Rohan, embraced his father’s passion and love of music into farming. Marley’s coffee tastes delicious and also promotes environmental sustainability. The Bob Marley Foundation provides philanthropic support through many mediums whether culture, art, education or health.

Bob Marley’s old residence has become the Bob Marley Museum. Also, home of the Tuff Gong recording studio where many tours are available for the public 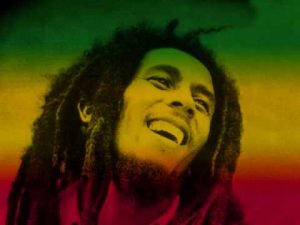 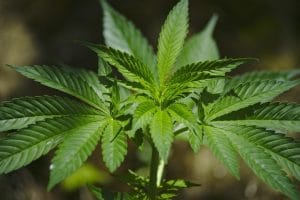 Marijuana Myths, Madness and Missed Opportunities in the Caribbean 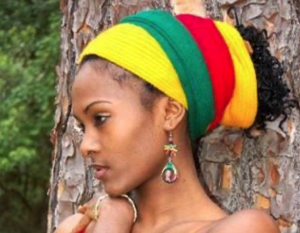 10 Important Lessons About Rastas That Will Blow Your Mind