A Foremost Fine Artist from Trinidad and Tobago 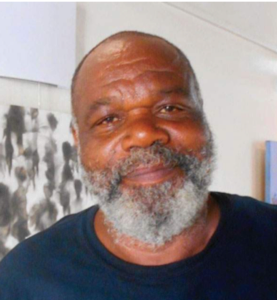 Earl Darius Etienne is Dominica’s #1 and most renowned fine artists. Earl Etienne is well-known for his ability to work with a variety of materials from canvas, wood, paper, fabric to old recycled jeans. His styles and genres of painting are also varied.

Earl was determined to become an artist by profession. He fought and pushed his way to the top, focusing on his studies and giving all that he had to make it happen. He attended the Jamaica School of Art in 1982, graduating in 1986 as top member of his class.

As an artist, Earl has grown from basic Caribbean landscape portrayals to highly-sophisticated expressions and techniques. He is also well-known for a very unique technique called smoking. Through fire and heat, he creates art on wood. His works also embody African and Caribbean soul with his depictions of traditional dance, dancers, and carnival. His works are influenced by ancestral, spiritual, social, cultural, and physical elements of his Caribbean environment.

He has done pieces reflecting history, lifestyle, people, culture, struggles, and much more. His portrayals of Hurricane Maria, for example, capture the pain, turmoil and regeneration of this powerful force of nature.

The way he depicts the Journey of Columbus tells a true story of hate, pillage, force, control, rape and deceit. Monsters and sharks coming to the so-called new world to taint the innocence of the indigenous peoples. He has held the Kalinago people close to his heart and this too is reflected in his paintings. 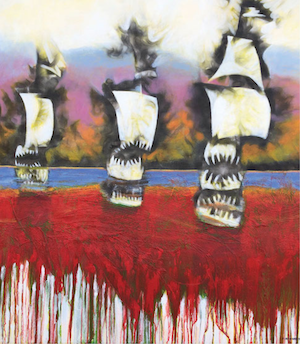 Earle collaborated with Leve and Exceptional Caribbean at the 2019 Leve Event in Tobago where he displayed some of his fine pieces.  A sampling of his art that was on display at Leve the Event is presented below. 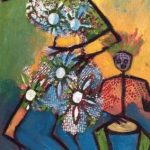 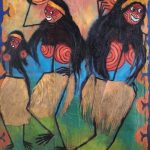 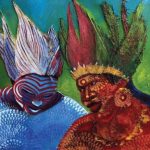 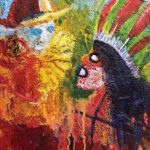 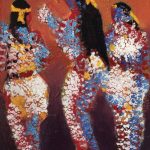 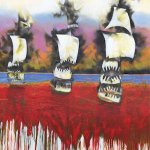 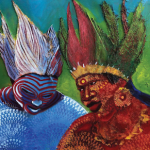 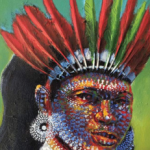 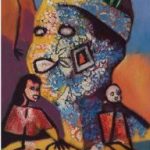 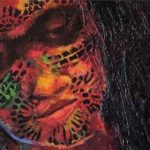 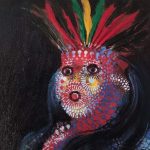 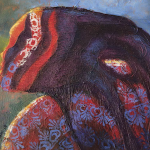 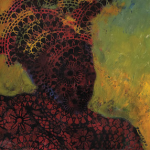 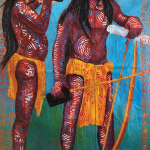